In a bid to be all things to everyone – or at least try and do a good job of cross-pollinating as is the matra of this site – Verge has put up an article that nicely dips the toes in video glitch art. It also tips the hat to David Kraftsow’s Twitter glitch account – which is also cool, check that out.

Link-heavy pages are really like hitting gold for me. This one has a lot of links. While there are some nifty links in the beginning, the real gold of the article is taking you through the how’s and why’s of a certain process for creating video-based glitch art in the bottom half of the article. The certain process listed is called datamoshing. And there’s links to tutorials! Along the same lines ToolFarm has a page that has even more links to not only tutorials, but an array of tools for the craft.

So, I’m thinking the ultimate awesome thing to do is learn how to auto-magically dump some 4K samples to print…

Apparently there’s a robot art competition and it’s a thing and it’s been going on for a while, at least according to VentureBeat. VB puts out a lot of interesting avenues to explore in terms of what people are doing in the field and from the surface, it’s mostly built upon machine learning.

My favorite aspect of the article revolves around someone who’s produced what sounds like a rather elaborate real-world robot to execute his creations,  and the rather long list of software that people are using in this competition all are things I intend to explore further. Hopefully with another blog post as we go down the rabbit hole together.

Personally, while the bulk of the artwork shown in the article appears more than a little derivative to me, I’m sure that this is the phase of ML art similar to the time in the late ’90s where everyone found digital art production.

That was a terrible time where everything that was new basically was somebody either painting just like they did only with digital means (woo! Wacom tablets!!!) or sliced and stacked myriad filters on stuff (have you seen the lates Kai’s Power Tools??) – sort of an Andy Warhol nightmare. I’m sure he’d have laughed.

Then things got really, really good – and all with the same software, well maybe not Kai’s Power Tools. 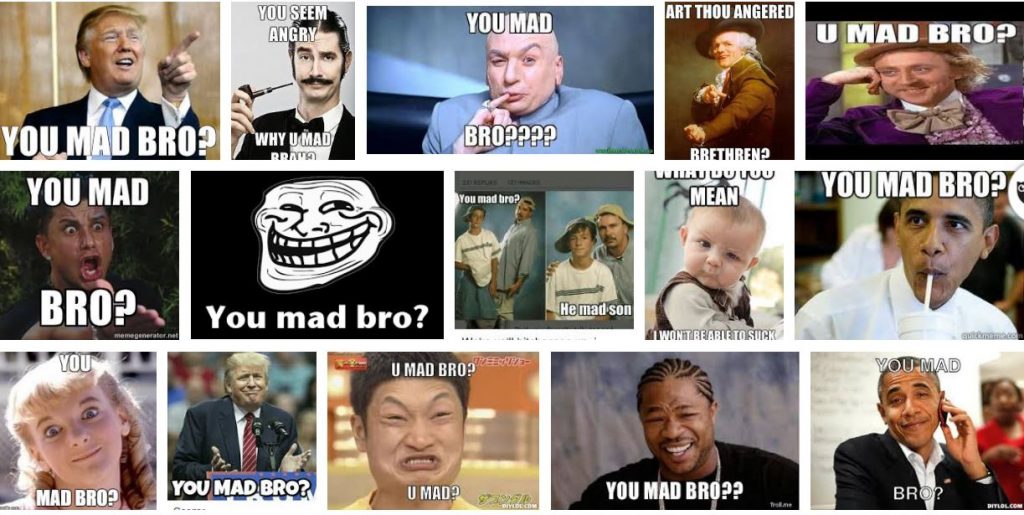 Verge has a really nifty article about the social effects of memes and how they have the opportunity to impact the way society opperates – both good and bad. It’s a very interesting long-read article, including such quote gems as:

” …they are incredibly efficient at guiding viewers toward socially acceptable group behavior and away from actions that aren’t. Memes can keep people in check, allowing them to correct behaviors framed as unsavory or distasteful, because the core feature of viral content is its ability to tap into common, relatable emotions or experiences.”

I’m putting this up here because I think we all at some point wish our work to have the capability to have some sort of social impact. It’s interesting that it doesn’t have to take the shape of an installation piece, it could be just a bit of well-designed Photoshop kludge collage work. 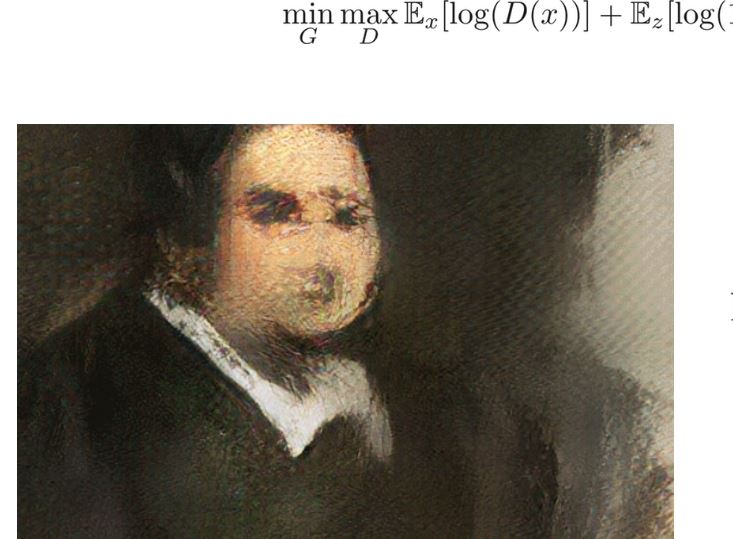 Recently, through a bit of an obfuscated path, I happened across a group called Obvious who are working on using machine learning to create artwork. While I’ve (and I’m sure most here) heard of ML being used to categorize and quantify art, it’s interesting to see if ML can actually create on its own – or if it can only elaborately remix prior work.

Looking to find more about the group, I eventually stumbled up on this Medium article where it discusses the use of ML and whether it constitutes ‘art’ at all.

Curiously, I recall the same sorts of arguments being constructed around generative efforts ten or so years ago. Both arguments orbit around the degree of the human artist’s ‘hand’ in creating the work and at what level of involvement is necessary before the work becomes art. A tricky question to say the least. While purely generative pursuits had to fight against the notion that one was picking through iterations of randomness to find a usable gem, I’m thinking ML is probably going to fight the notion that it’s an elaborate remix platform – where people search through variants to find a usable gem.

For me, I’d like to see how the machine learning system creates the work and at what level is it combining prior work or creating new techniques. There is a link to a GitHub repository so I guess I have my opportunity to look under the hood.

What’s Of Peculiar Utility? A place where the intersections of art, design, composition and technology can be collected and disseminated – or just a big pile of techy/arty stuff. You decide…

But either way I’m happy you stopped by.